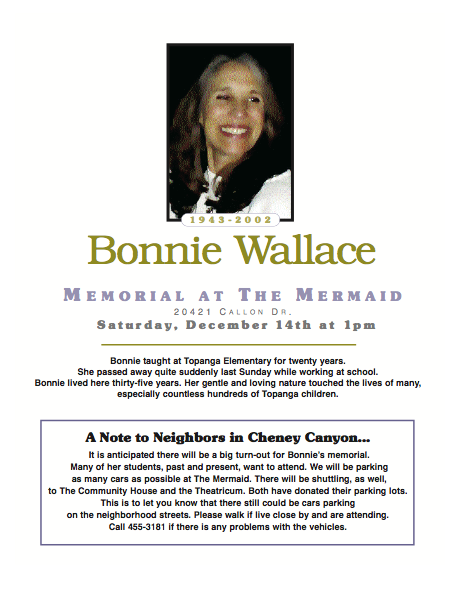 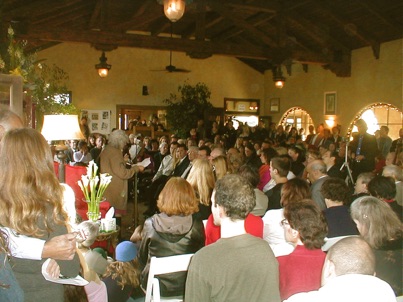 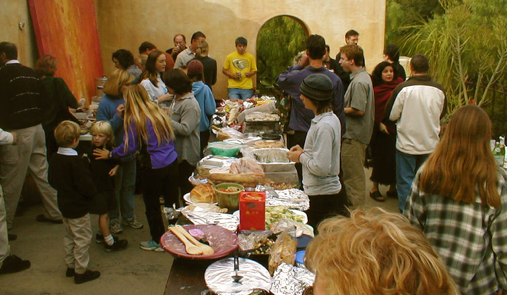 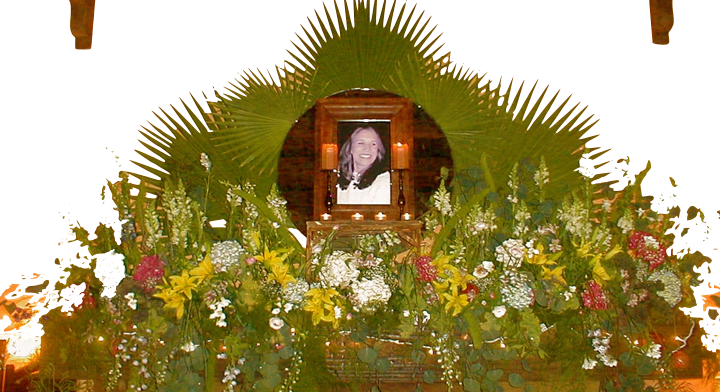 An extraordinary gathering of people whose lives were touched by Bonnie Wallace joined together on December 14 at The Mermaid to celebrate her life. It was a remarkable, unexpected reunion for many long-time Topangans who came here as “hippies” and whose lives have crisscrossed for years, but not so much lately. Bonnie, with her home always open to friends, treasured and nurtured those connections all her life, and many in the room seemed to have been drawn there by those ties.

“I feel like I saw everybody that I ever knew in Topanga,” said Bill Buerge, owner of The Mermaid. He said there were more than 460 guests, twice as many people as at any gathering since he moved there in 1989. With parking help from neighbors and others, everything went very smoothly.

Bonnie’s family, friends, colleagues and students–young and grownup–offered their remembrances of a woman who was always finding new ways to grow and increase her understanding of life.

Wallace’s life partner for the last four years, Frank Wiegers, recounted their last evening and morning together, a contented and simple weekend. He was still carrying her lipstick and pills in his pocket. He was touched by her openness and her ability to accept his love.

Her son Gabe said he’d come to understand his mother’s foibles, such as not keeping her car washed or being able to set her VCR. It was because she was above all that, he said.

Her former students told how she helped them overcome problems reading. Parents found in her a special gift for connecting with their children.

“She tried to find a map into each individual child’s mind,” said Anita Stephens.

One woman explained that Bonnie had not wanted a heart transplant because her stories were in her heart. “She wanted to keep faith with these stories,” she said.

Topanga Elementary School principal Liam Joyce told a funny story of how she brought one of her paintings into the classroom and let her students guess what was unusual about it. One student finally guessed that it had bird poop on it. Bonnie said that was right, that her painting had been partly made by nature.

“We have so much more to learn from her life,” said Liam.

Gail McTune, a close friend who hosted the memorial with Bill Buerge, said she felt fortunate to be part of an outpouring of feeling.

“Bonnie was always a little worried about being loved and appreciated,” said Gail. “To see all those people who so loved her, people she touched–it was such an honor to be able to do that for someone I loved so much.”