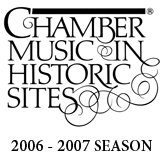 Tucked away in the lush wilderness of Topanga Canyon, a Spanish-Colonial mansion with its own rich musical history welcomes a “highly-accomplished ensemble” which lives on a street lined with blossoming almond trees in a town on the German “Wine Road.” Perhaps because they rehearse in a room that once housed a wine press, the quartet is noted for “nobility and spirit” plus an “engaging brilliance” and articulation of utmost clarity (The Strad). Three siblings and a prize-winning violist will make their Los Angeles debut playing string quartets by Haydn (in g, Op. 20/3) and Verdi. “Their performances are exemplary: technically perfect, wonderful in sound and responsive to every nuance of color, mood and expression” (Strings) 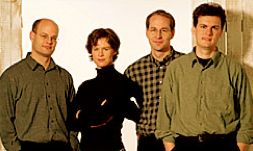 Based at a former wine estate, the Mandlering Quartet rehearse in a room once housing its wine press. For many years Sebastian and Nanette Schmidt (violin) played string quartets with their brother Bernhard (cello) and friend Roland Glassl (viola). Named after the street where they reside in the town of Neustadt an der Weinstrasse, its almond trees bloom just in time for the spring wines.

Accolades from prestigious competitions – including the Munich (ARD), Evian and Reggio Emilia (Premio Paolo Borciani) – have propelled their steady rise to international acclaim with the Kunstpreis des Landes Rheinland-Pfalz being their most recent award. Prize-winning recordings accompany a remarkable history that spans over 20 years with a growing discography averaging one annually.

Exciting musical discoveries are often to be found in their repertoire of 150 works and in their recordings, such as the arrangements of the early Romantic French composer Georges Onslow; Friedrich Gernsheim – a close friend to Brahms – and the string quartets of exiled German composer Berthold Goldschmidt.

In addition to performances at many major European concert venues, as well as New York, Vancouver and Sao Paulo, tours have taken them to Algiers, Beirut, Damascus, P’yongyang and Ramallah. Averaging 60 concerts annually, the 2006-2007 season ushers in their first North American tour.

More than twenty years ago, this building served as an informal concert hall known as the Mermaid Tavern. Under the direction of former L.A. Philharmonic double-bassist Mickey Nadel and his wife Ann, a weaver, the tavern featured a selection of classical music, inexpensive wines and organic foods one night a week during the early 1970s. It was the last of several different clubs to operate at this location during the building’s sixty-four year history.

The structure’s first role was as the Sylvia Park Country Club, erected in 1930 as the showpiece of Topanga Canyon’s largest residential development. Its architect, C.E. Finkenbinder of Los Angeles, designed the club in the perennially fashionable Spanish style, then at the height of its popularity. The exterior features an arcaded entrance, octagonal tower and espadana parapet recalling California’s missions. Inside, the spacious former lounge boasts a high trussed and beamed ceiling, baronial fireplace and generous views of the surrounding landscape.

When the effects of the Great Depression cut short the growth of Sylvia Park, the club changed hands, operating as the Rancho Topanga Country Club during World War II and later serving as an American Legion Hall. The early 1950s saw the structure used as a boys’ school, followed by a long run as the Canyon Club, a popular gay bar. In 1972 the Nadels opened their establishment, taking its name from the pub celebrated by Keats in his Lines on the Mermaid Tavern: “Souls of poets dead and gone / What Elysium have ye known / Happy fields of mossy cavern / Choicer than the Mermaid Tavern?”

Since 1976 the building has served as a private residence, periodically lending itself to use in television and motion picture productions. 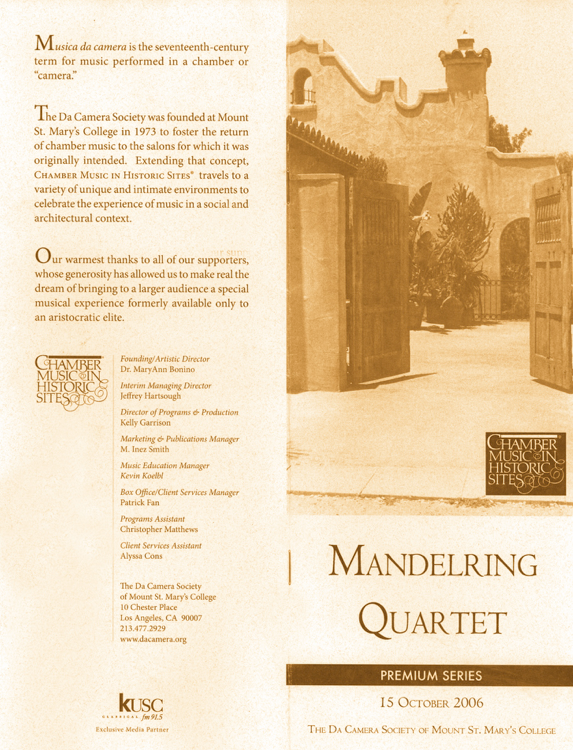 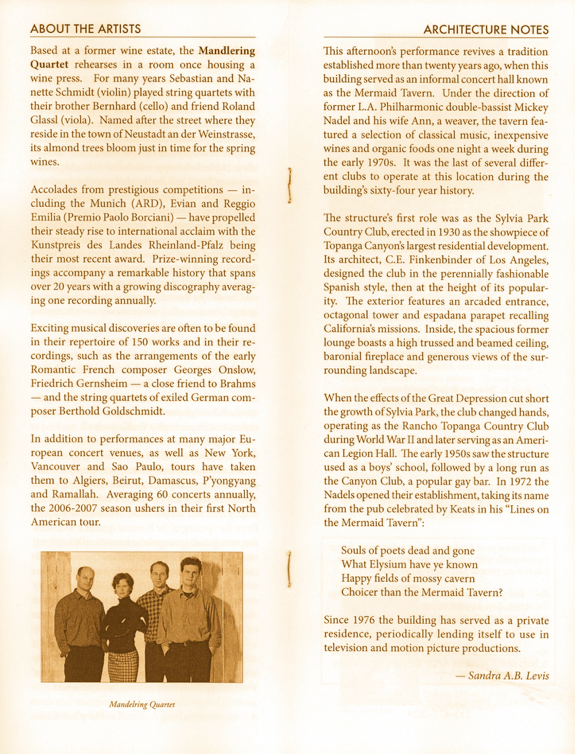 STORY BELOW FROM THE TOPANGA MESSENGER

More than 200 connoisseurs of chamber music traveled to Topanga from throughout the Southland on October 15, to hear the Mandelring Quartet perform in two packed, back-to-back concerts at the Mountain Mermaid.

The performances were sponsored by the Da Camera Society, which was founded at Mount St. Mary’s College in 1973 for the purpose of restoring chamber music to the intimate environments for which it was originally intended. In 1980, the group commenced its Chamber Music in Historic Sites program—a series of concerts matching world-class ensembles with historically and architecturally significant buildings, which has been described by Applause magazine as “undoubtedly the most imaginative, permanent floating concert series in Southern California, if not the nation.”

The Mandelring Quartet concert was the fourth time in recent years that hosts Bill Buerge and Gail McTune have opened the doors of the Mountain Mermaid to the series. Da Camera Society members ventured from the southern reaches of Orange County to wander the beautifully landscaped grounds, enjoy a wine and cheese reception at the side of the meticulously restored black-bottom pool, complete with a rainbow-painted arrangement of period metal pool chairs, and above all, relax in the candlelit ambience of the Mermaid’s great room and enjoy world-class music.

The Quartet, which takes its name from the street where they live in the town of Neustadt an der Weinstrasse, consists of three siblings—violinists Sebastian and Nanette Schmidt and their brother Bernhard, a cellist—joined by friend Roland Glassl on viola. Based on a former wine estate where they rehearse in a room once housing the wine press, the group has received accolades from several prestigious competitions, including the Munich (ARD), Evian and Reggio Emilia (Premio Paolo Borciani), and most recently the Kunstpreis des Landes Rheinland-Pfalz. Over a 20-year recording history, they have produced an average of nearly a record a year, a number of which have been prize-winners.

The Mermaid performance began with the gentle strains of Haydn’s “Quartet in G, Op. 20. 3,” written in 1772. One could watch as audience members began to visibly relax, many closing their eyes and drifting with the music. Still, the piece selected is one of the more difficult and rarely performed of Franz Josef Haydn’s popular chamber works, full of odd twists and turns. After an extremely brief intermission (just three minutes, owing to the crowd gathering below for the second performance), the quartet returned to perform the passionate and highly energized “String Quartet in E-minor,” Giuseppe Verdi’s only chamber piece, composed in 1873.

In response to repeated ovations, the group finished with an encore of “something from the 20th century,” “Adagio and Allegretto,” by Dmitri Shostakovich, from his ballet Op. 22, “The Golden Age.” While the points of atonality and discord in the piece were not my personal cup of musical tea, one could not help but enjoy the playfulness with which the Quartet performed it or the way in which it added the exclamation point to the range of emotion and technique they had displayed throughout the concert.

For more information on the Da Camera Society and its Chamber Music in Historic Sites series, call (213) 477-2957.