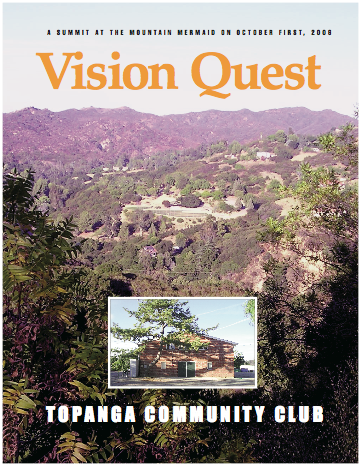 All present agreed that the Community House is the symbolic heart

of our community, and that though we may have different visions for its future,

we shared the desire for the Topanga Community House

to fulfill the promise inherent in its name.

TEXT FROM THE TOPANGA MESSENGER

Bill Buerge and Gail McTune invited the current and prospective board members of the Topanga Community Club (TCC) to the Mountain Mermaid on October 1 for a full day retreat for visioning and goal-setting for the Club and the Community House. The enthusiastic crowd of over 26 committed TCC volunteers arrived to an inviting breakfast spread provided by Bill and Gail, before being greeted by the day’s facilitators, Mike Donnell, a facilitator with Training With Integrity, and Deborah Werner, a facilitator with Children and Family Futures, who has provided skillful leadership at recent TCC general membership meetings.

The team building that occurred laid the groundwork for an ongoing quest to rebuild, refine and re-create the TCC and the House. 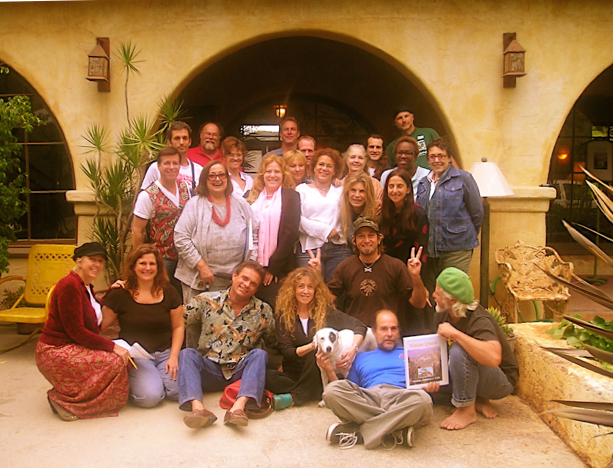 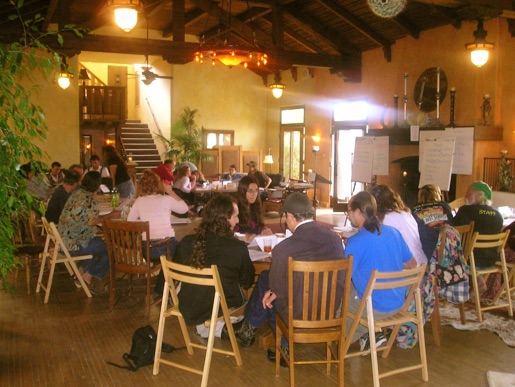 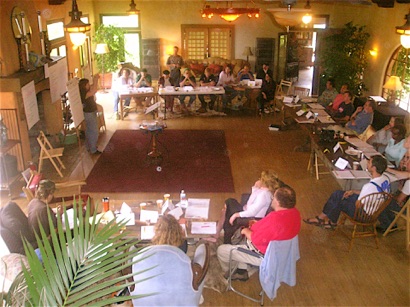 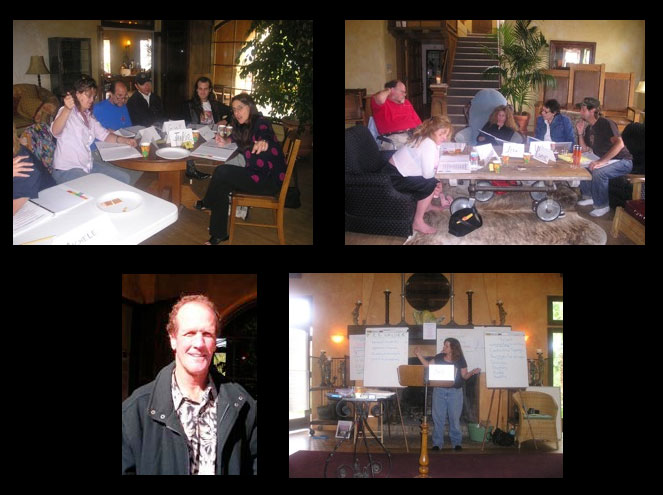 One exercise helped identify different styles of communication and assess their related behaviors, strengths and weaknesses, and respective values to a strong team. Groans of understanding and dismay could be heard as people identified some of the inherent challenges of communicating about really important topics. It was apparent that the “talkers,” “doers,” “supporters,” and “controllers” in the room recognized how different communication styles could undermine shared intent. A strong team needs to make a conscious effort to accept the value of each person’s contribution, and to seek the common ground in each interaction.

The group reaffirmed a set of “agreements,” based on mutual respect, that have been adopted for use at all meetings by the current board, to allow for positive and productive meetings. In a symbolic “letting go” of the past, each person wrote down two fears, upsets, concerns, words or actions that they regretted, which were then burned in the fireplace. Then each person focused their intent for a productive day on glowing, red glass stones, and placed them in a pile in the center of the room.

The focus then shifted to developing a common sense of vision, values and goals through a consensus-building process that was used for the balance of the day. For each issue, participants would share their individual responses with the table to which they were assigned as a working group; table leaders would then share each group’s agreed upon responses with the room at large. At each level, participants would vote on those with which they found mutual agreement.

“We found broad areas of agreement that fell within the bell curve for almost everyone in the room. These became points of consensus,” Donnell explained afterward.

The process began with perspectives of what the Club and House would look like in 10 years if nothing changed. While the responses ranged from the dire to the merely uninspiring, every table saw an ineffective and inadequate future if a transformation does not occur.

People were then asked to articulate their “dream vision” of the Club and House in 10 years. The consensus vision was one of a community in action, with staff and numerous volunteers, a Club and House central to Topanga life, beautiful facilities for all ages, inclusive, with abundant programs, comprehensive funding and a healthy organization.

Tables were randomly reshuffled for the afternoon sessions, which turned to issues of personal and organizational values. Members found they shared many personal values, and determined the organization’s most critical values to be service to community, respect for diversity in all of its meanings, openness and honesty, charity for the common good and a positive environment.

The final exercise sought to define clear-cut goals and objectives for the Club, without prejudice to further fine-tuning by the board and Club members down the road. After discussion, reflection and voting, the assembly reached consensus on three major goals, each with several corresponding concrete objectives:

Goal #1 — Financial Strength, Stability and Prosperity: Objectives include having 2,000-4,000 members by the end of 2007; raising $100,000 via events, donations and sponsors, excluding Topanga Days; hiring a manager; obtaining grants; creating financial transparency for the board of directors, and establishing an investment portfolio.

Goal #2 — Unified, Harmonious, Efficient and Diverse TCC with Positive Synergy: Objectives include establishing protocols and procedures for collaborative problem solving; agreeing on decorum for members and the board; hiring a manager; and mending fences in the Club and the larger community through positive campaigning in the Messenger and other public forums.

Goal #3 — Increase TCC’s Image and Value in the Topanga Community: Objectives include developing new programs and enhancing existing ones for the health and well-being inside and outside of the community; creating a well developed published calendar of events, programs, meetings and celebrations; bringing the T-CEP Emergency Operations Center to the TCC property; adhering to the democratic process and respecting open communication, and enhancing curb appeal and facilities of the House.

All in all, what transpired at the Mountain Mermaid on October 1 was a quest for a cohesive community within a diverse community. People who have been in the Canyon forever and recent arrivals were all represented. Members who have served on the board for years were present, as were those who have had a more peripheral involvement in the past. The most inspiring aspect of the day was that, regardless of ideology or personality, everyone worked together, got along and reached one consensus after another.

All of the Topanga Community Club board and prospective board members encourage the community to show up, get involved, pursue their pet projects and goals, vote for the new board, and help to create a beautiful, cohesive, Community Club and House that we can all be proud of. Come to the general membership meeting on Thursday, November 9 at 7 p.m. to elect the new board. Any paid-up member who will have attended two TCC meetings of any kind (including the November 9 meeting) can vote. 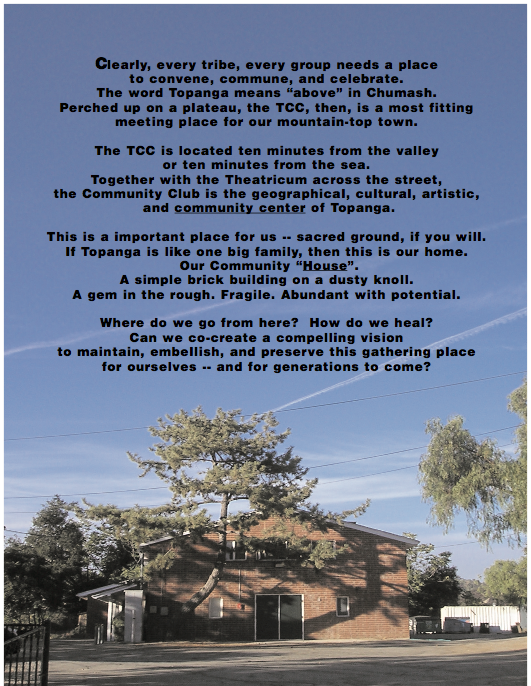